Turbines, Hot Rods and the Optimism of the Space Age 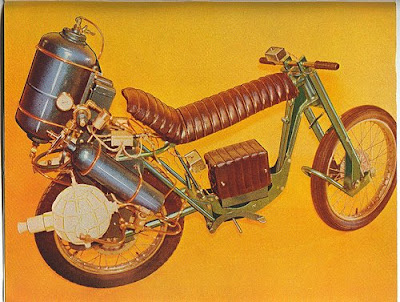 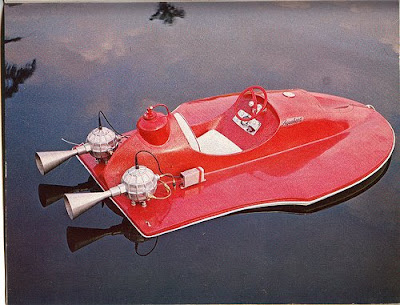 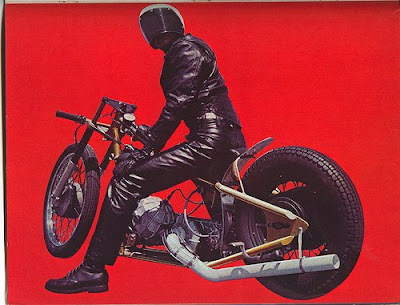 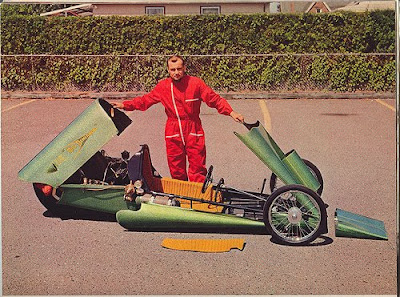 Back when space suits had laces on them, the world seemed to be careening towards the future in a way that car geeks could understand. Rockets and spyplanes were all about horsepower and plexiglas bubbles. Who knew that in the 21st century, you'd be using all that space technology to tell several hundred of your closest friends that you are waiting in line for a latte.
But I digress. In the 50s and 60s cars wanted to be airplanes and airplanes wanted to be rocket ships. So why mess around with some steam age relic like a piston engine? You need a turbine, man! Indy cars had had them. Chrysler was even trying to make a passenger car with a jet engine in it (which ran on almost anything, from vegtable oil to Tequila!). So it only makes sense that regular guys would be trying to power their choppers and hydroplanes with them. If you are crazy enough to make a turbine dragster, why not make it a 3 wheeler? Or you could upholster your battery box on your to match your turbine-cycle's ridiculously long seat. Why not? You're already a certified nut job. Here are the rest of the images. Thanks Boing Boing!
Posted by Unknown at 10:51 AM 2 comments: 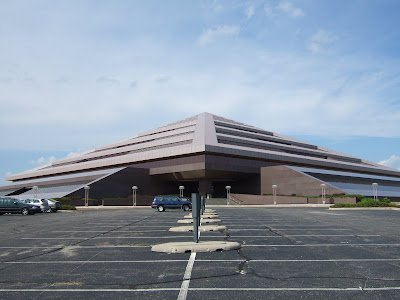 It has been over 8 years since I first stepped into this freaky pink pyramid, rising from the Michigan prairie. Steelcase's Development center is one of the weirdest buildings I have ever been in. Its radial symmetry made way-finding baffling at best. Its enormous central pendulum, skimming the surface of a slick black granite fountain was a bizarre centerpiece. But best of all, the tip of the pyramid glowed pink at night, like a beacon of gay pride in the heart of western Michigan. What else could it be?
While its not exactly my favorite building, I was sad to hear that it is being closed down as part of cost cutting at Steelcase. There's a sense of capriciousness that a pink granite pyramid represents that I, for one, will miss. Goodbye pyramid.
Posted by Unknown at 12:56 PM 2 comments: 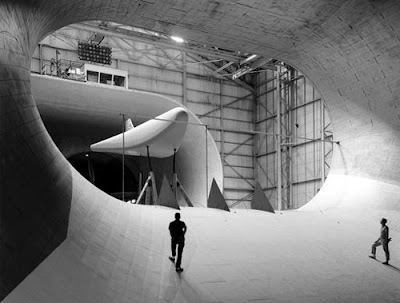 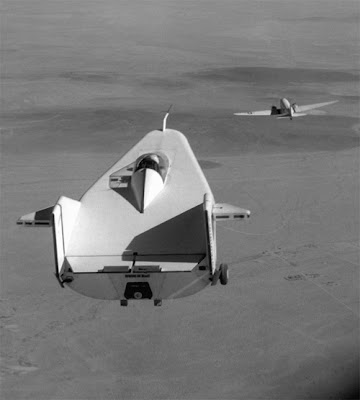 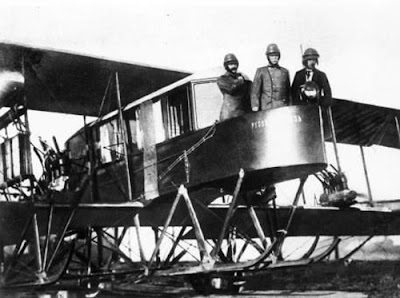 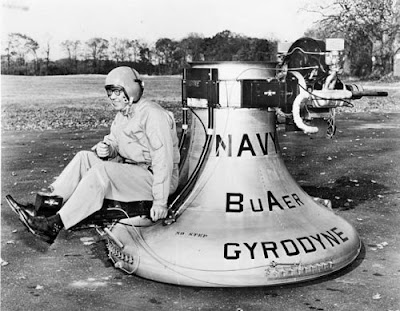 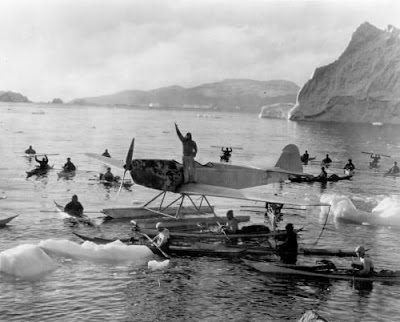 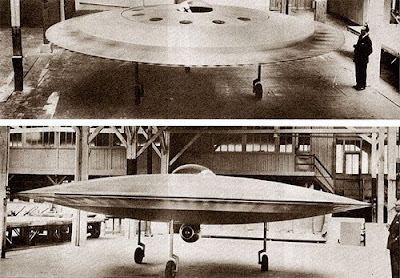 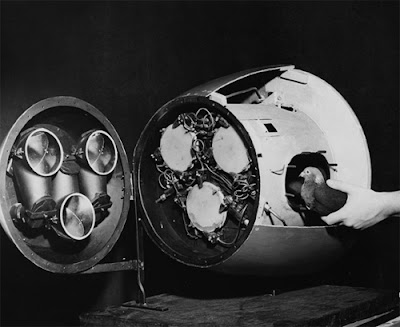 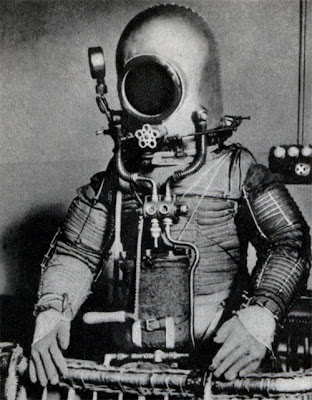 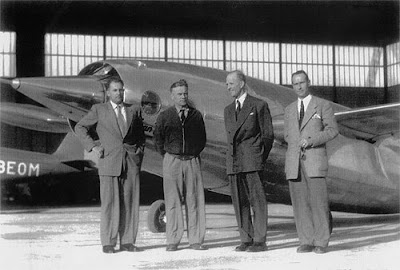 If you haven't been there, you really should check out xplanes. I don't have any penetrating insights here, besides the fact that the these folks were insane! Hey, isn't that the plane that the six million dollar man crashed in the second and third picture from top?
Be sure to check out the tag "nobody died." You gotta go one way or another! Unless of course, you are Steve Austin.
Posted by Unknown at 2:41 PM No comments:

Surfing into the Future 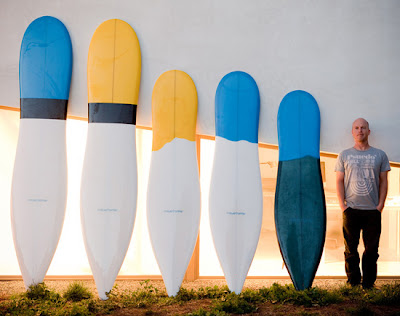 Surfboards are an ancient design. Nobody knows for sure when pacific islanders first started riding logs in the waves, but it was a while ago. And the recipe has been fairly consistent. Sure there have been variations in nose and tail shape, and various fin configurations, but that basic canoe-shaped slab with convex sides that the ancient Hawaiians invented has held up pretty well.
One of the things I love about surfboards is that they are still largely made by hand, one at a time, by skilled artisan builders. These designer/builders are largely guided by their eye and guesses supported by their experience on the water. So I was really excited to see Thomas Meyerhoffer's work on designboom. (Check out this article in the NYT as well.)
Here is a guy who has worked as a designer at Porsche and Apple, taking a crack at this ancient archetype. This is a classic form as function problem, approached by someone who is clearly facile in both areas. The breakthrough of his design comes from dividing the surfing experience up into two parts; tail riding and nose riding. By redefining the problem, he can see answers that nobody (that we know of) has thought of before. And people have been working on it for a while.
Clients sometimes balk when I suggest that a naive but inquisitive outsider can often see things that established experts miss. Surfing experts know what the acceptable range of surfboard shapes are. A naive outsider can create something unique, and sometimes groundbreaking, because they don't know any better.
Here's Thomas talking about the design in his own words.
Posted by Unknown at 11:26 AM No comments: